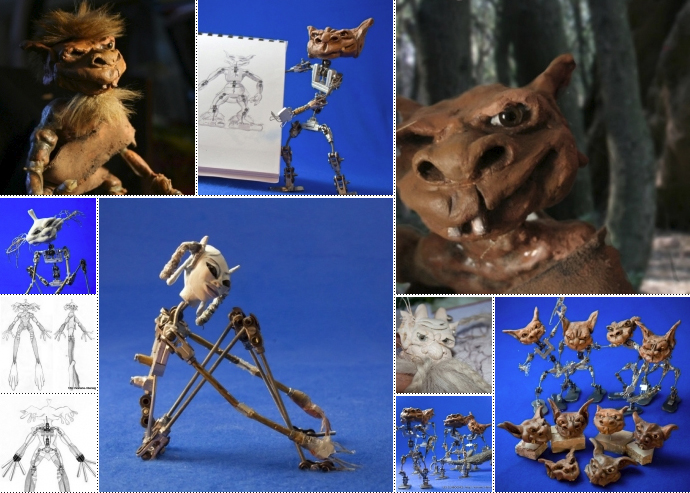 The heroic fantasy series of animated fiction project “The Glaboches” is currently in production research. This fantasy univers is treated in mixed media animated film; articulated puppets on a blue background in stop motion, natural scenery and special effects. The scenario of the whole project is 6 short films of 8 minutes each so as to create a series. This unitary fiction 48 minutes is a satire of society and its psychology.

Dark Forest is a 2 minutes mini pilot to present the series « TheGlaboches » unveiled at the Short Film Corner at Cannes Film Festival in 2015. In this version the atmosphere of the film is highlighted. This extract contains no dialogue to enable a better international understanding. The true series contains numerous dialogues.

An other pilot exist, this pilot of the film entitled “The Glaboches” and introduces the characters and atmosphere of the film in an intermediate episode that is not necessarily the number 1 of the series (more in the middle of the film) which allows serving of grip in order to discover the world of the fiction. This animated film has many dialogues